Area of work and rights defended

The Maya Ch'orti' Indigenous Authorities of Olopa and Quezaltepeque are fighting for recognition as indigenous communities, the recovery of their spirituality, the defense of their territory and the right to free, prior and informed consultation before the entry of mining projects into their territory. They also seek to minimize the negative impacts of mining activities on the health of the people in their communities, denounce illegal logging and fight against gender violence in their communities.

Description of the problem

The communities of Olopa are confronting the company American Minerals S.A., which was granted a 25-year antimony extraction license in 2012, without prior consultation with the communities. In 2016, when mining activities began, the communities became aware of the negative impacts of these activities on water and the environment, and demanded the closure of the project.

On July 9, 2021, the Guatemalan Supreme Court of Justice (CSJ) granted an injunction to these communities, recognizing their right to consultation, as provided for in Convention 169 of the International Labor Organization (ILO), had been violated. The mining license has thus been suspended, which should result in the cessation of their work.

In addition, the Maya Ch'orti' Indigenous Authorities of Olopa and Quezaltepeque are pursuing legal proceedings to reclaim their lands and for recognition as indigenous communities, which would mean that the the municipal administration would have to recognise these authorities.

PBI began accompanying the Maya Ch'orti' Indigenous Authorities of Olopa and Quezaltepeque in June 2021, following the receipt of their request, which is based on the serious increase in security incidents, defamation and criminalization processes they are experiencing. 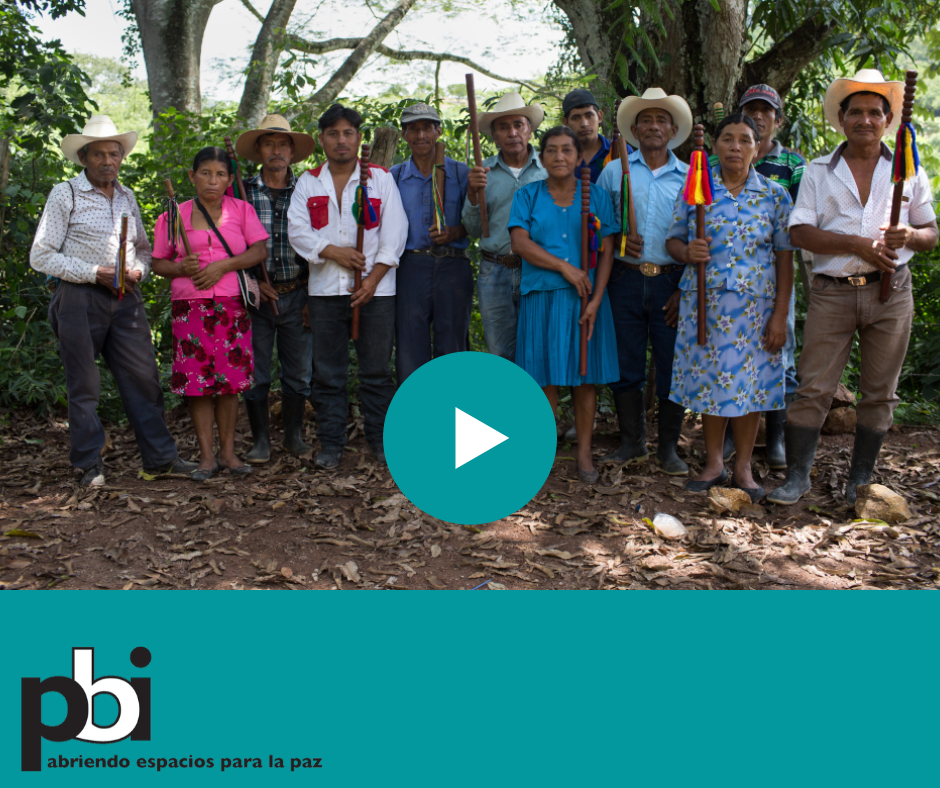